A lot of the fun in betting rings in days gone by was hunting around for the best prices. Finding a back-row bookie whose floorman had fallen asleep and let his boss roast offering 14/1 when the firms were taking 12/1 along the rails was all part of the game.

Of course, if you did catch them napping, there was no shortage of bluffing in the old days. Books ignoring you totally, or if you were lucky and you got a polite one, copping a deaf ‘un, pretending not to hear your bet as they casually removed the price or just growling ‘nothing done’. The vast majority would play the game and accept that they had been caught fair and square and at least lay you part of the bet. They got their own back on the floorman shortly after giving the poor unfortunate a public bollocking and assuring him there would be ‘no honours’ that day.

One part of the ‘good old days’ that still hangs in there and punters can benefit from is that some layers are still willing to lay fractions. The fraction prices of 100/7 100/6 etc changed in the 1970s to the more familiar 14/1 and 16/1 to the detriment of punters. However, although not advertised, most bookmakers back in the day would still lay ‘the fractions’ if asked. It was particularly useful for bookies’ floormen hedging, the boss would ask them to bet a horse to win a grand or a monkey and nick a bit of value for the bookmaker he worked for.

For the record, Star Sports are happy to lay fractions at their on-course pitches, in fact punters are encouraged to asked for fractions. So don’t miss out, ask for fractions. If you don’t know them, print these out, learn them or as I used to do when starting out betting in the ring, write them on your racecard.

Fractions are as follows to stakes to win £1000 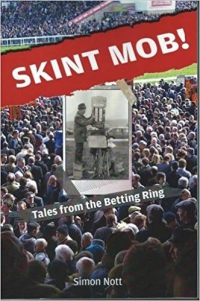 Simon Nott is author of Skint Mob!: Tales from the Betting Ring

TIME AND A HALF